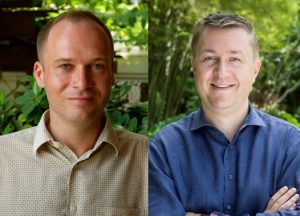 Giles, who is British, is no stranger to Anantara, having joined the luxury brand in August 2015 as General Manager for Anantara Mai Khao Phuket Villas & Anantara Vacation Club Phuket in Thailand.

An MBA graduate from the Hotel and Touristic Fachschule in Chur, Switzerland, with over 20 years of experience within the international hotel and tourism industry, Giles started his hospitality journey at the Sheraton Park Tower, A Luxury Collection Hotel in London UK as a headwaiter. His strong career in food and beverage included roles as Food and Beverage Manager at The Westin Turnberry Resort in Scotland and Director of Restaurant and Bar Development for Starwood Hotels & Resorts in Europe, Africa and the Middle East. From here he moved to become Operations Manager on the preopening team at The Romanos A Luxury Collection Resort and the Westin Resort, Costa Navarino in Greece. Having successfully completed the opening in Greece, he moved to his first role in Asia as Hotel Manager for the opening of the St. Regis Bangkok, Thailand. His first General Manager position was in Indonesia where he completed the opening of Keraton at the Plaza, a Luxury Collection Hotel in Jakarta.

In Anantara Peace Haven Tangalle Resort Ross Sanders is announced as General Manager
Ross, who is Scottish, brings to the role 13 years of varied and diverse experience in the hospitality industry. He started his hotel career as a Guest Relations Manager at Pangkor Laut Resort, Perak, Malaysia. His second appointment was with The Ritz-Carlton Kuala Lumpur, Malaysia, where he completed an extensive management development programme and later become Quality Manager of Operations. From there Ross moved to Japan to help open The Green Leaf Niseko Village in Hokkaido as Operations Manager, before returning to Malaysia as Rooms Division Manager at Tanjong Jara Resort, Terengganu. Next he joined the corporate head office of YTL Hotels in Kuala Lumpur, as Director for their Travel Centre and he eventually took on the role of Director of Business Development overseeing the sales and marketing for seven luxury resorts. From there Ross headed back north to the private island of Pangkor Laut Resort, where he took up his first position as General Manager and from where he joins Anantara.

Anantara is a luxury hospitality brand for modern travellers, connecting them to genuine places, people and stories through personal experiences, and providing heartfelt hospitality in the world’s most exciting destinations. The collection of distinct, thoughtfully designed luxury hotels and resorts provides a window through which to journey into invigorating new territory, curating personal travel experiences.

From cosmopolitan cities to desert sands to lush islands, Anantara connects travellers to the indigenous, grounds them in authentic luxury, and hosts them with passionate expertise. The portfolio currently boasts over 35 stunning properties located in Thailand, the Maldives, Indonesia, Vietnam, China, Cambodia, Sri Lanka, Mozambique, Zambia, the UAE, Qatar, Oman and Portugal, with a pipeline of future properties across Asia, the Indian Ocean, Middle East and Africa.

About Global Hotel Alliance:
Founded in 2004, and based on the airline alliance model, Global Hotel Alliance (“GHA”) is today the world’s largest alliance of independent hotel brands. GHA uses a shared technology platform to drive incremental revenues and create cost savings for its member brands, and operates a multi-brand loyalty programme, DISCOVERY, which has over eight million members. GHA currently includes more than 30 brands, encompassing over 550 upscale and luxury hotels with 110,000 rooms across 76 different countries.