MGM Cotai Macao (Macao SAR) – October 24, 2018 (travelindex.com) – Under the theme of “Strategic Partnership in a New Era, Rising Momentum for a Shared Future”, the Global Tourism Economy Forum Macao 2018 (GTEF or the Forum) features a series of thought-provoking discussions and exchange sessions, as well as business matching and an exhibition, among other program highlights. Various discussion panels were unfolded at MGM Cotai in Macao.

The two-day programme of the Forum is held on 23 and 24 October. In collaboration with the World Tourism Organization (UNWTO), the signature session “Face to Face, Ministers and Private Sector CEOs” unveiled the Day 1 agenda of the Forum. Coming from different countries, ministerial and government officials joined enterprise leaders to proffer their insights as guest speakers. Executive Director of UNWTO, Zhu Shanzhong, delivered an introduction of the session under the topic of “Strategic Partnership – Building Bridges of Cooperation for Shared Benefits”. Guest speakers led an insightful dialogue on the new opportunities brought by 2018 EU-China Tourism Year for China and EU member states to widen their scope of collaboration, as well as how to leverage powerful means such as innovation, technology, travel facilitation and connectivity to enhance cooperation leading to concerted and sustainable development.

In his introduction, Executive Director of UNWTO, Zhu Shanzhong, stated, “The China-EU Tourism Year highlights the bridges built for a common goal. It also brings forth the forces influencing the tourism flows which have been further strengthened by the revival of the Silk Road and the Belt and Road Initiative of China.”

Secretary for Social Affairs and Culture of the Macao SAR Government and Executive Chairman of GTEF, Alexis Tam stressed that Macao has played its role as a platform, with the GTEF gathering parties from all sides to communicate directly and get a deeper understanding of each other, which is beneficial for boosting cooperating between partners. He specially seized this opportunity to promote the Greater Bay Area to the audience, heavily believing that this project will bring about new opportunities for tourism development. Another panelist responded that tourism between China and Europe is a two-way development, and reminded the audience to not forget that Europe is a large outbound tourist source market, adding that the tourism authorities can promote the Greater Bay Area in Europe and attract more European tourists to travel to China.

This edition of GTEF features the European Union (“EU”) as its Partner Region and Guangdong as its Featured Partner Chinese Province, to unveil a series of profound dialogues on how to encourage mutual visitations and enhance cooperation between China and the EU in tourism and the related economic scope. In addition, in support of the development plan mapped out by the Central Government for the city cluster in the Guangdong-Hong Kong-Macao Greater Bay Area, the Forum presents Special Keynotes and discussion panels which zoom in on cooperation across the Greater Bay Area. Since its inauguration in 2012, “GTEF” has developed into a prestigious annual tourism gathering for eminent leaders, tourism ministers, CEOs of international corporations and leading industry experts from across the world.

About Global Tourism Economy Forum
The Global Tourism Economy Forum (GTEF) is hosted by the Secretariat for Social Affairs and Culture of the Macao SAR Government, in collaboration with World Tourism Organization (UNWTO), co-organized by the China Chamber of Tourism under the authorization of All-China Federation of Industry and Commerce (ACFIC) and coordinated by Global Tourism Economy Research Centre (GTERC). GTEF’s supporting units include the Ministry of Culture and Tourism of the People’s Republic of China, All-China Federation of Industry and Commerce (ACFIC), the Liaison Office of the Central People’s Government in the Macao SAR, Office of the Commissioner of the Ministry of Foreign Affairs of the People’s Republic of China in the Macao SAR, Macao Government Tourism Office (MGTO), World Travel and Tourism Council (WTTC), Pacific Asia Travel Association (PATA), World Tourism Cities Federation (WTCF) and European Travel Commission (ETC).

Since its inception in 2012, GTEF has successfully established itself as an influential high-level cooperation platform to promote sustainable development in the global tourism industry with a focus on China. To date, GTEF had received more than 8,000 participants from 83 countries and regions, including delegations from 106 provinces and cities of Mainland China; and 437 internationally renowned speakers.

Book your hotel in Macao, Guang Dong Region and around the world in 55 countries at best rates available. Earn HolidayClick Points and pay at the hotel. Book now at HotelWorlds.com! 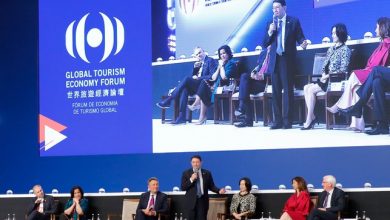 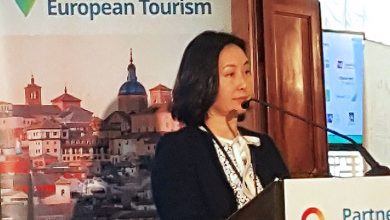 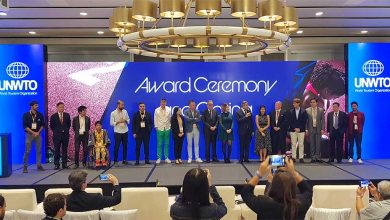 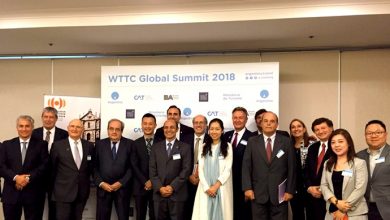