Macao is indeed a city of blended cultures. Located across the Pearl River estuary from Hong Kong, Macao was an overseas territory of Portugal until 1999. Macao became a Special Administrative Region (SAR) of the People’s Republic of China (PRC) on 20th December 1999.

The first Portuguese ship anchored in the Pearl River estuary in 1513, and further Portuguese visits followed regularly. Trade with China commenced in 1553. In 1557 the Ming Dynasty consented to a permanent Portuguese trading settlement and Macau became the official and principal stop for all international trade with China and Japan and an intermediary port for ships traveling from Lisbon to Nagasaki. Missionaries carried over on Portuguese ships transformed Macau into an East Asian centre of Christianity.

In the 1930s and ’40s Macau, declared a neutral territory during the Sino-Japanese War and World War II, became a refuge for both Chinese and Europeans.

In April 1987 Portugal and China reached an agreement to return Macau to Chinese rule in 1999, using the Hong Kong Joint Declaration between Britain and China as a model. They agreed to provisions under the Basic Law. According to the Basic Law (Macau’s constitutional document), Macau is guaranteed a high degree of autonomy in all matters except foreign and defense affairs for the next 50 years after the sovereignty transfer under the ‘one country, two systems’ policy. The Basic Law ensures that Macau has a legal system that is separate from China, vesting Macau with executive, legislative, and independent judicial power, including that of final adjudication.

The period since reunification has been peaceful and marked by increasing prosperity. Much of the region’s economic growth has come from the tremendous expansion in gambling and gaming since 2000, which transformed Macau into the world’s largest gambling centres (in terms of revenue). Tourism also has risen sharply from levels in the 1990s. Major infrastructure projects have included continued land reclamation throughout the region and a third bridge (opened 2005) between Macau Peninsula and Taipa Island.

The political situation has been stable, with orderly legislative elections. Ho Hau Wah (Edmund Ho) was named Macau’s first chief executive at reunification in 1999; he was reelected to a second term in 2004. 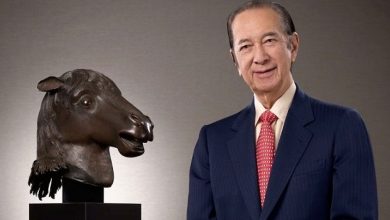