Stanley Ho Hung-sun, the man who “made” the modern Macao and whose business empire dominated the gambling enclave for decades, has died peacefully in his sleep in Hong Kong at age 98.

Tall, handsome and of mixed Chinese and European heritage, Ho fathered 16 children with four wifes and had stakes in various businesses running everything from the ferries and helicopters connecting Hong Kong and Macau to department stores, hotels, Macao’s airport and its horse-racing tracks.

He was a person of good character, friendly and respectful, and a good communicator with an extraordinary intellectual capacity. The late entrepreneur’s contribution to wider society and the ambitious ideas he advanced went far beyond the gambling tables. Involved in formulating the Basic Law for Hong Kong as well as Macao, he was also known for visionary plans such as leasing the cities to the UN.

Often dubbed the Casino tycoon he said he avoided the gambling floor; in a rare interview in 2001 he said, “I don’t gamble at all. I don’t have the patience” and “Don’t expect to make money in gambling. It’s a house game. It’s for the house.”

Ho was born in 1921, into a prominent Hong Kong family. His studies at Hong Kong University were interrupted by World War II and when the colony fell to Japan he boarded a boat for neutral Macao, joining refugees from mainland China in the small fishing port.

During the war, Ho was traveling up the Pearl River Delta and made his first millions as a trader of luxury goods between China and the Portuguese colony. Stanley Ho Hung-sun was a ‘patriotic entrepreneur’ helping China in its time of need.

In 1962 he secured a four-decade monopoly on casinos in Macao, using that home advantage to build an empire that dominated the industry for years even after the local gaming market opened to foreign companies in 2002.

Stanley Ho was low key and quietly spoken in person, but proud of his role in transforming Macao from a decaying backwater deluged with refugees into the world’s number one gaming hub and the glittering destination it is today.

After Portugal transferred control of its colony Macao to China in 1999 and Ho’s monopoly ended in 2002, he remained the key player in Macao as foreign rivals, including Las Vegas Sands Corp, Wynn Resorts Ltd and MGM Resorts International helped transformed Macao into a glitzy gambling powerhouse frequented by high-rolling mainland Chinese.

At one time, Stanley’s Ho business empire, worth about $15 billion, provided half of Macau’s tax revenues and employed a quarter of the workforce.

Dr. Stanley Ho occasionally made news with extravagant gestures such as paying $8.9 million for a bronze horse head looted by French troops from China’s imperial palace 150 years earlier so he could donate it to a Chinese museum. In 2007 he purchased the largest, flawless, cushion diamond in the world, weighing 218.08 carats, renamed it “The Star of Stanley Ho, Grand Lisboa, Macao” to give tribute to his contributions to the development of the gaming industry of Macao.

In 2009, Ho had brain surgery after reportedly falling at home. He spent seven months in the hospital and was rarely seen in public afterward, usually in a wheelchair.

With the death of the patriarch and casino king the pressure is now on the eldest daughter from his second wife, Ms. Pansy Ho, to unite the interests behind the Ho family’s $15 billion fortune, rejuvenate the casino franchise and lead the empire through the coronavirus pandemic that’s caused gambling revenue to plunge by more than 90 percent. 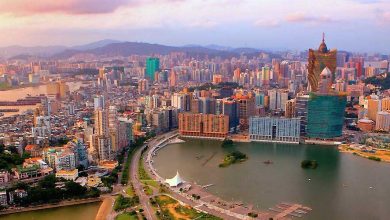 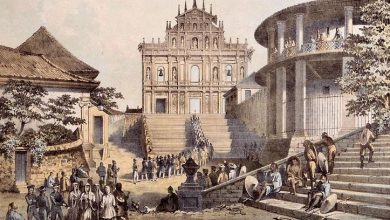